Helping Teens with Disabilities Prevent and Treat Depression and Anxiety

Australian construction workers enjoy the largest annual net income of all 12 nations. Their average gross salary is AU$69,367, and the average income tax rate is 22.3%, meaning that their tax bill, including social contributions, is estimated to be AU$15,479 per year, leaving a net salary of AU$53,888, equivalent to £30,727.

CEO of RIFT Tax Refunds, Bradley Post, commented: ‘The UK’s housing shortage is just one factor that has kept the construction sector extremely busy, particularly during the pandemic. But despite a sheer shortage of labour, UK construction workers rank just fourth on the list, with Ireland, the US and Australia all offering a more profitable path within construction.’

‘However, construction workers are often among those most likely to be owed a tax refund by the government, largely because they tend to move between multiple places of work and incur travel and living costs.’

‘Our figures show that the average annual tax refund for construction workers sits at £1,031, which would reduce their effective rate of tax to just 16%. However, with the ability to backtrack claims over four years, this could fall as low as 5% for those submitting the first-time claim, and so this would undoubtedly see them move up the list when it comes to earning potential.’ 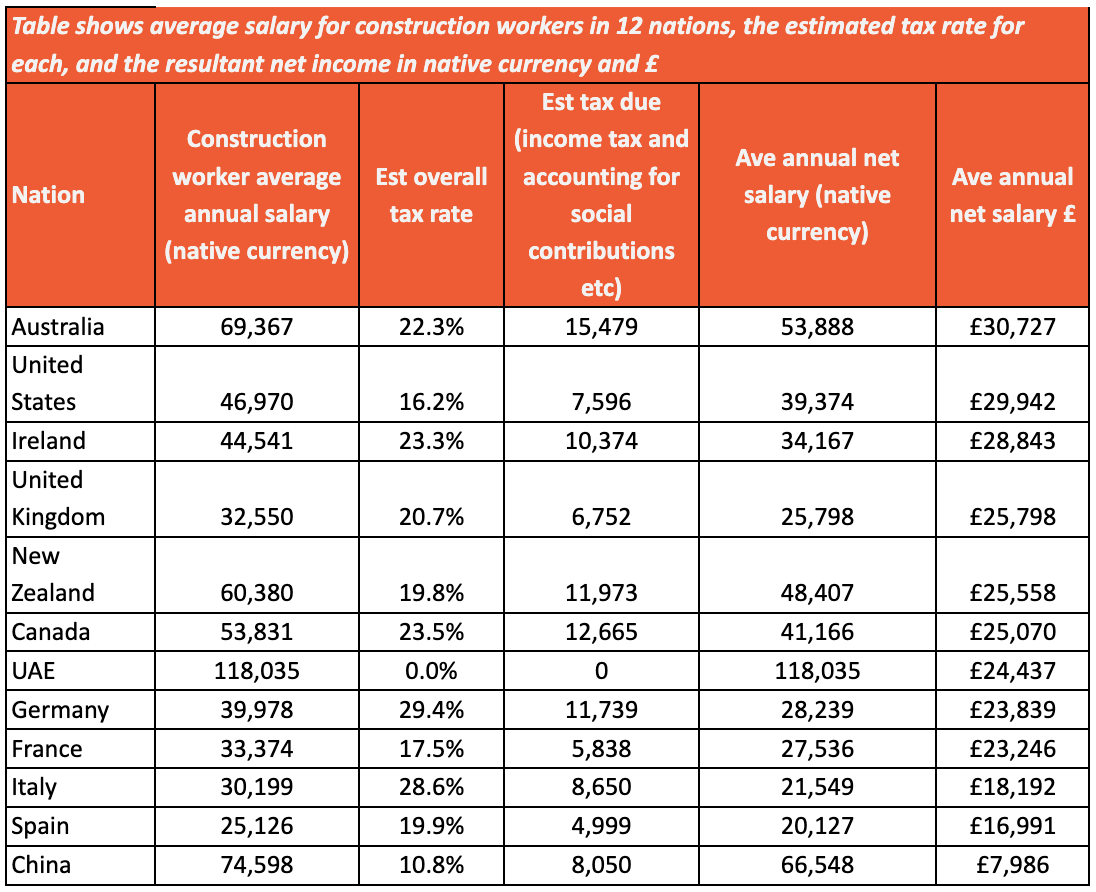